Our 767 build is a minor update that contains the following fixes on top of all of the things listed below for the 763 build:

Our top customer-driven features in this update are Sticky Posts, Code Snippet Formatting and improved multi-select of chat messages. We also have a number of other fixes and improvements:

Keep important announcements, instructions for new Teammates, or links to key documents at the top of your POSTS tab for easy reference.

Account and Team Admins can now click a checkbox at the bottom of the Add/Edit views for Posts to make them “Sticky” at the top of the POSTS tab. 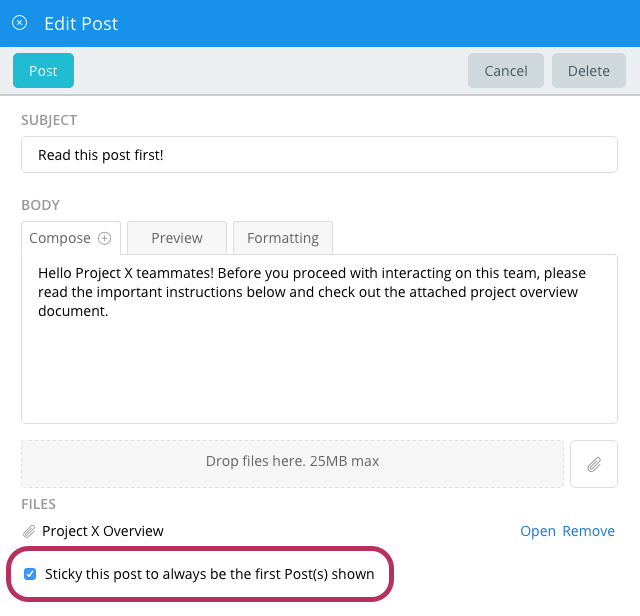 By default, Sticky Posts will be in collapsed mode so they don’t take up too much space. 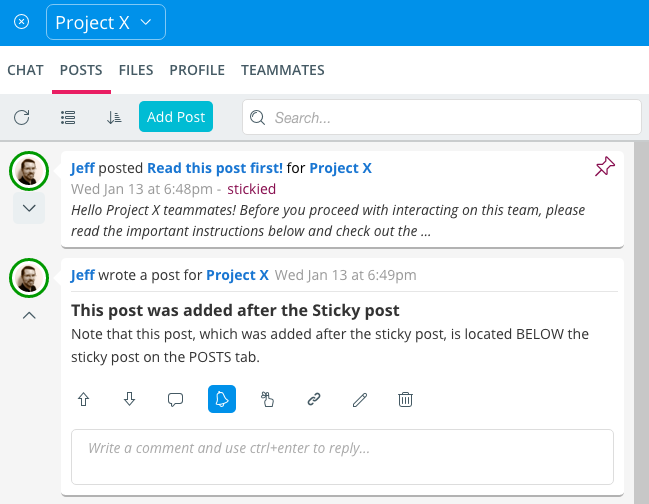 You can easily click to expand them, and they are always on-hand at the top of the post stream! 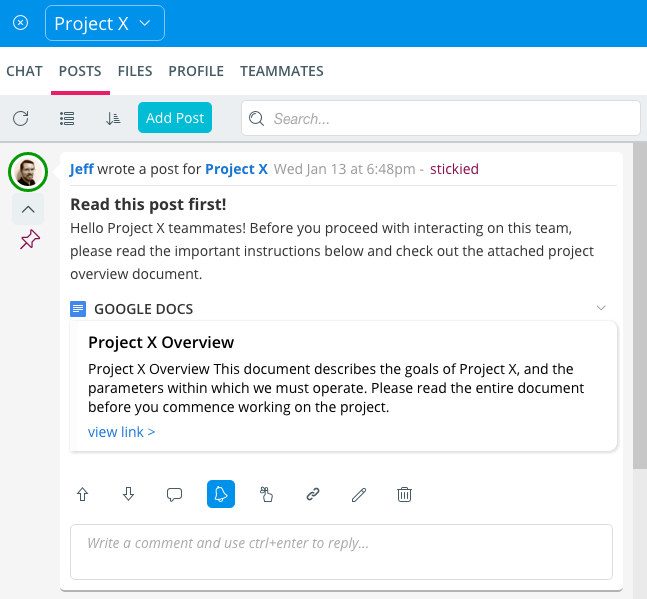 We now automatically detect 30 popular languages when you insert three back ticks on a line before and after your code snippet in Chat, Posts or Comments. Please let us know if your language of choice is not auto-detected. We can add more!

Ryver chat supports selecting multiple chat messages and promoting them as a transcript in a POST for sharing and/or starting a threaded discussion.

Previously, we did multi-select on a per chat bubble basis. The selection is now per-message: 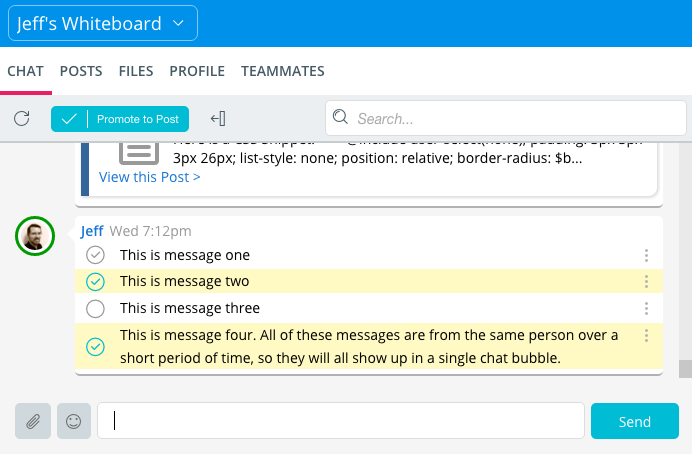 Admins can now delete posts/comments created by other users