When doing a “quick add” of a task, Ryver now looks for line feeds and will allow you to create multiple tasks at once.

This is handy if you want to copy/paste a list from a document or spreadsheet. 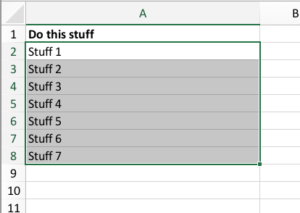 Copy multiple lines to your clipboard, and then paste them into the task Quick-add textbox: 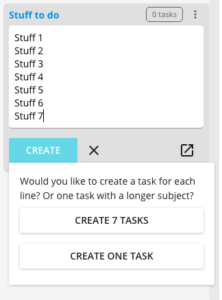 When you click to create, you’ll have a choice of creating a task per line, or a single task. If you opt to create multiples, they will instantly be added to your list or category column: 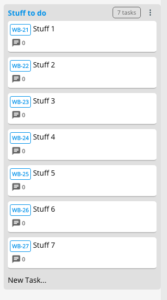 Note: You can do the same thing with checklists in a task.

This update fixes an issue where you wouldn’t see a newly invited guest in a team until they accepted their invite or you refreshed the application.

This update contains support for a new Beta build of the Ryver desktop application, which we will be handing out to voice beta customers. We’re hoping to move to wide release in the next week or so!

New mobile apps are being released to the app stores tonight. They will gradually roll out across production over the next 48-72 hours.